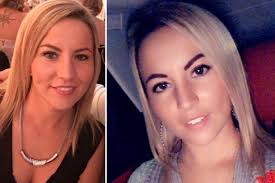 Married Teacher Accused Of Having Sex With 15-Year-Old Student

A British teacher now identified as Kandice Barber has been accused of having sex with her 15-year-old student. Barber, 35, denied multiple sex offenses in court Wednesday. The unidentified teenager, who is now 17, told police that he had sex with Barber in a field in 2018. He also said that she performed sexual acts on him in the woods and in a car.

The boy said that Barber threatened him by saying she was pregnant with his child. Barber said she never did such a thing and that the child, which died in a miscarriage, was fathered by her husband. The cops started investigating after a topless photo of Barber circulated at the secondary school where she taught.

When the school investigated, the boy claimed Barber had not sent him any photos. However, he later said that he was just scared back then and that he had in fact received the photo and shared it with classmates. About the photo, Barber said that her Snapchat account had been hacked.