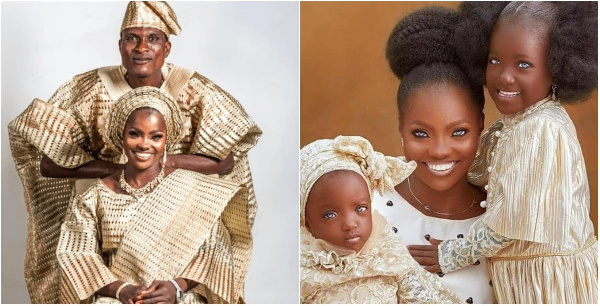 Blue-Eyed Woman Reunites With Husband Who Abandoned Her

The blue-eyed lady that gained sympathy and public attention from Nigerians when her story hit the airwaves, Rakiyat Azeez, has reunited with her husband. Azeez was said to have been abandoned by her husband because their children also had blue eyes.

Their story, prompted many Nigerians to help them including the first lady of Kwara state, Olufolake Abdulrazaq who gave them a cash donation. It can be said that her life witnessed positive transformation from the publicity.

This probably prompted a change of heart in her husband who later disclosed that he wants his wife back. Azeez has decided to give her marriage another chance after she was spotted in new photos with her husband wearing matching traditional outfits.