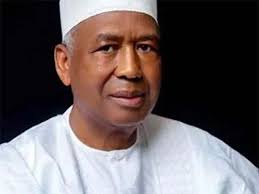 The former President of the Newspaper Proprietors Association of Nigeria, and founding Managing Director of The Democrat Newspaper Malam Ismaila Isa Funtua, is dead.

He died of cardiac arrest Monday night at 76.

He served as the Minister of Water Resources in the defunct Second Republic during the administration of the late President Shehu Shagari.

He set up a newspaper outfit, ‘The Democrat’ which was headed by the late Kyari in the 1990s.

The Senior Special Assistant to the President on Media and Publicity, Garba Shehu, on Monday said the President, Major General Muhammadu Buhari (retd.), recieved the news of his death with “deep sadness.”

“The President condoles with family members, government and people of Katsina State, and all associates of the former President of NPAN, especially the media industry, on the loss, describing him as ‘greatly admired and respected.’

“President Buhari believes the demise of the publisher and businessman has created a huge gap as Malam Funtua consistently stood by him in his political journey.

“The President prayed to Allah for the repose of Malam Funtua’s soul, and to grant the family strength and fortitude to bear the loss.”

Funtua was believed to be among the power brokers behind Buhari’s government.

The business tycoon was among those whom critics of the Buhari government refer to as “cabal members.”

Funtua, along with the President’s nephew, Mamman Daura; and the late former Chief of Staff to the President, Abba Kyari, were described as powerful members in the ‘kitchen cabinet’ of the President.

Funtua was the Chairman of Bulet International Construction Company until his death.

He is expected to be buried on Tuesday (today) according to Islamic rites.